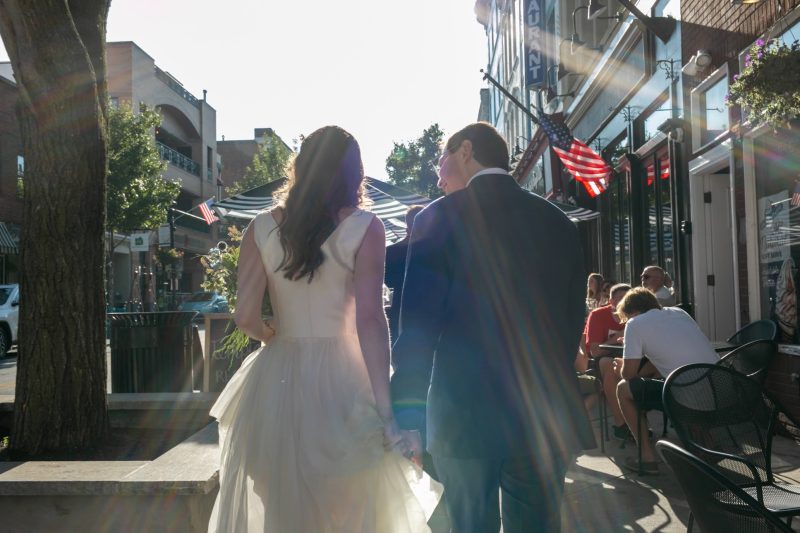 Once upon a time, Casey and Brian were living in Queens and planning a wedding on Long Island. Along comes the Delta variant and the added twist of remote work and they soon found themselves moving to Nyack and savoring regular meals at the Hudson House. New wedding plans began to take shape: they’d take full advantage of the beautiful village and have a very Nyack wedding. And in only two months – apparently with the help of a fairy tale wand – they pulled it off!

On July 9th, the groomsmen were fortified for the day with a power breakfast at Strawberry Place. Even though this busy-and-beloved restaurant doesn’t usually take reservations, they set aside space for them.

Nearby, Casey and her crew were putting on their final touches. This included a lovely necklace that Brian had surprised her with from Somos Jewelers. 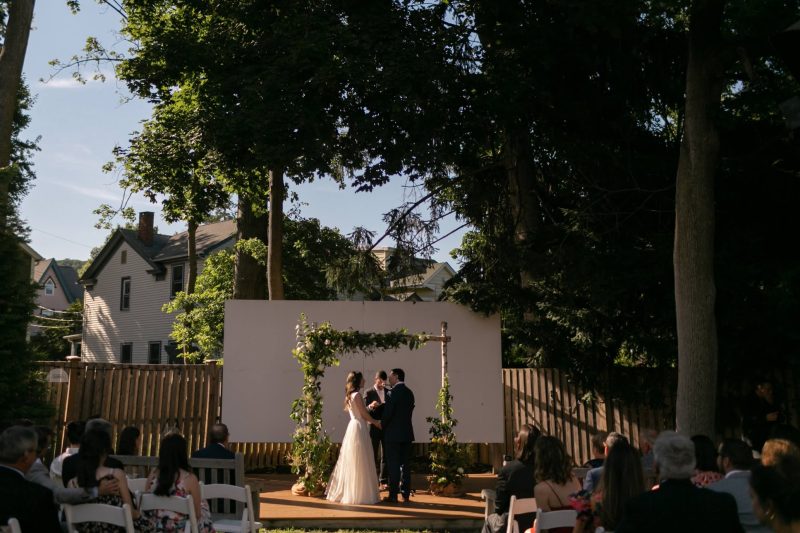 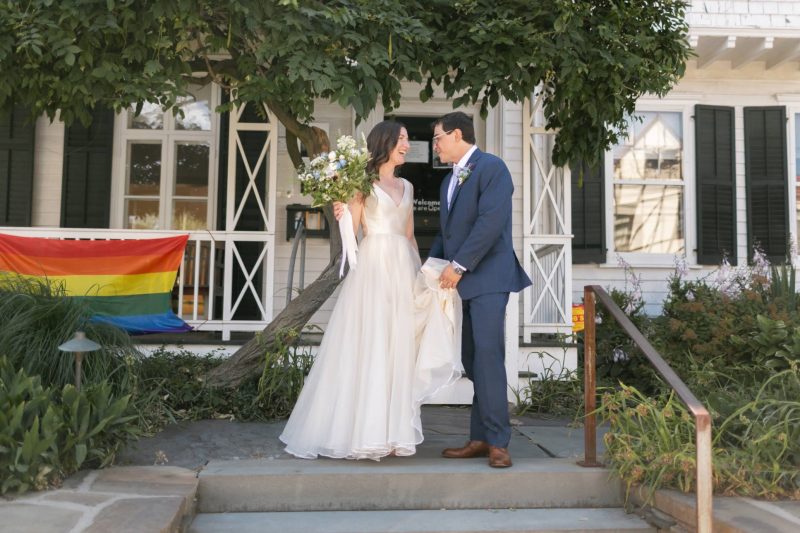 A few hours later and just a few feet down Broadway, their 54 guests started to arrive at the Edward Hopper House Museum and Study Center. They gathered in the garden but were also able to explore the museum and its newest exhibits as they awaited the couple. Chairs and a tent (as a weather backup) were supplied by local company, ABC Fabulous Events. Some incredible platters of cheeses and other nibbles came from Simard and Company further welcomed their guests.

The Hopper House’s lovely garden was made even lovelier thanks to all the floral design touches provided by Festoon on Hudson. In keeping with the couple’s quest to keep everything as local as possible, Festoon harvests its ultra-fresh blooms from Bluefield Farm in neighboring  Blauvelt.

Local musician, Ryan Townsend, used his guitar and vocal talents to play favorite songs requested by the couple as well as the processional – let the ceremony begin! 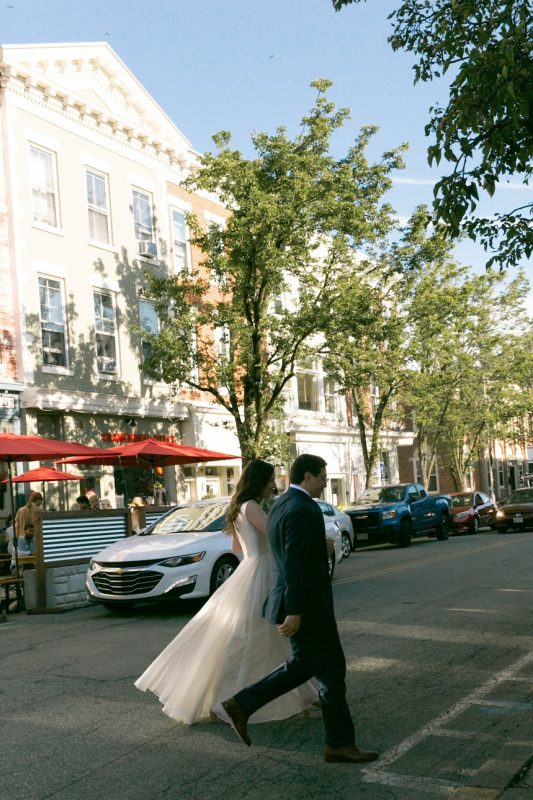 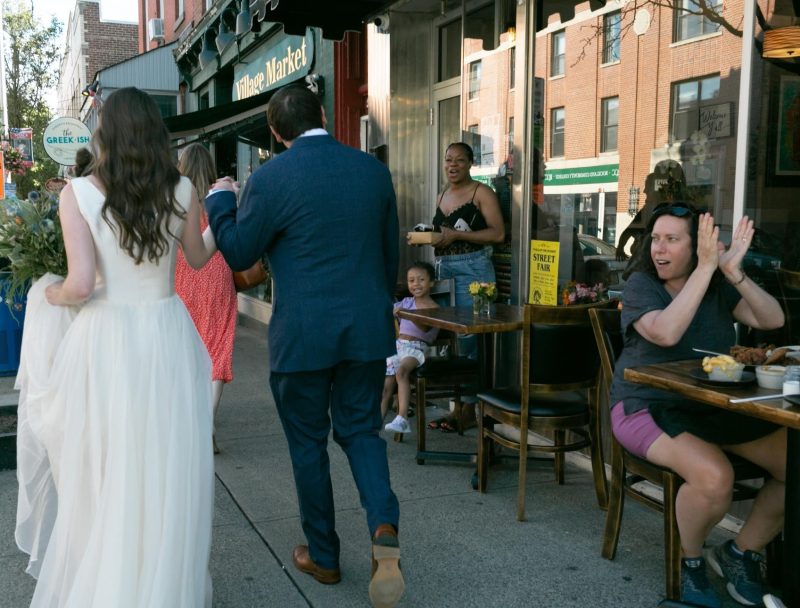 Afterwards, in something like a New Orleans processional, everyone headed out to Hudson House for the reception. As they passed cafes and pizzerias, they were met by smiling faces, clapping and high-fives. It was such a special moment of their village wedding!

They paraded to the charming second floor of the Hudson House, which has a tin ceiling and great A/C (very helpful in early July!). The couple felt incredibly supported throughout the entire process by Matt, Skye and the rest of the HH team. According to Brian, “a friend said that might have been the best wedding meal I’ve ever had…well actually, maybe the best meal I’ve ever had” (it was the NY strip steak in case you were wondering).

But apparently that was still not enough dancing and dining and photo-boothing for everyone. Stalwarts continued the celebration afterwards for an after-party at Two Villains Brewery https://www.twovillainsbeer.com/ right next door – the perfect stay-local end to their very Nyack wedding. 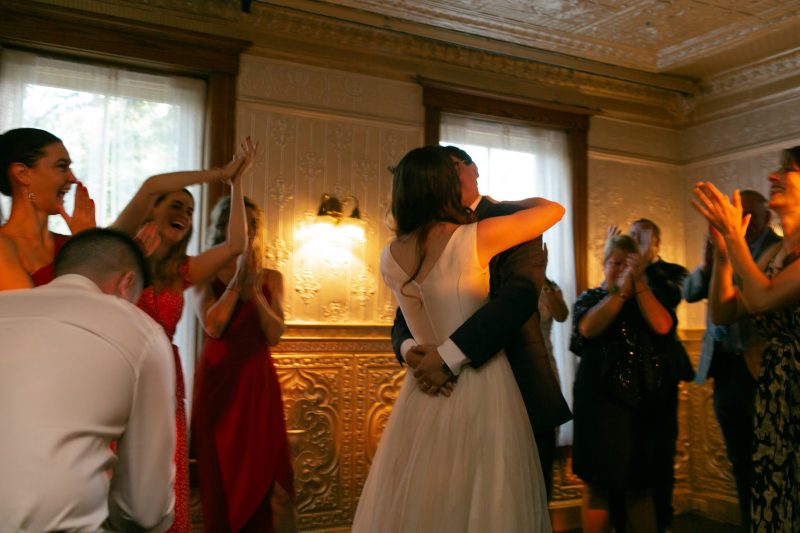 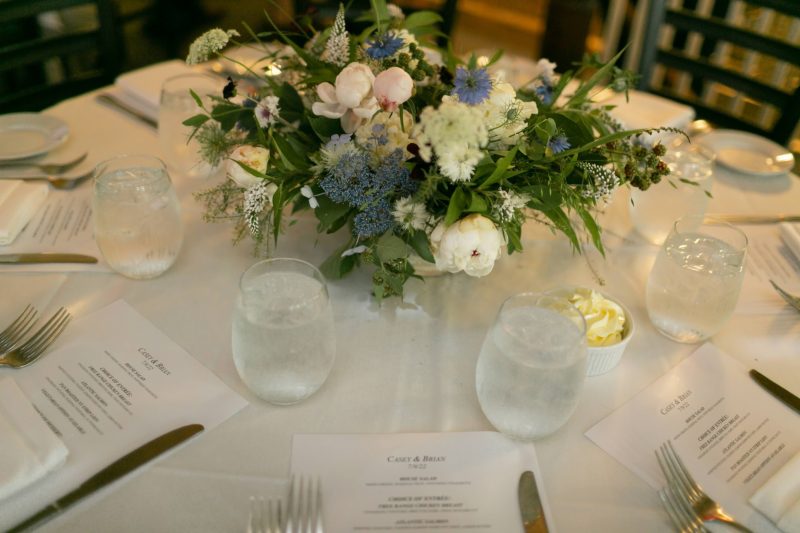 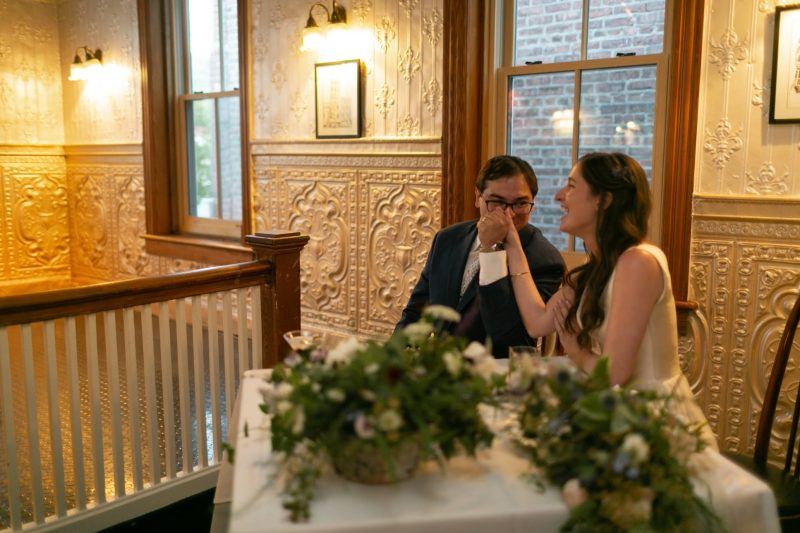 A few pro tips for a village wedding from Casey & Brian:

“During the planning process, we really got to know some of the vendors. Kris of Festoon invited us to a Summer Solstice event; Joe and Scott from Simard made picking cheeses really fun; we regularly saw Matt when sipping cocktails at Hudson House. Honestly, it was just such a relief to see these fantastic, familiar faces on such a big day!  Plus, now for our monthly anniversary, we head to Hudson House and the whole team congratulates us.”

“We were attracted to Nyack because it has a great sense of balance – lots of nature, walkable downtown, wide cross-section of people. Our friends and family members didn’t realize in advance didn’t know how charming it was and really enjoyed exploring this part of the Hudson Valley.”

“To give people different hotel price points, we cobbled together hotel choices and car services to bring people back and forth. It’s a good idea to work out those details far in advance – and have backups in place.” 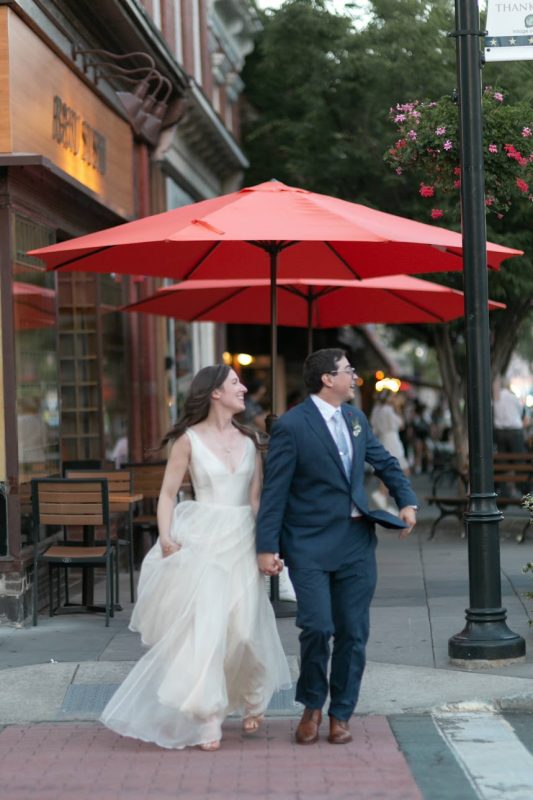