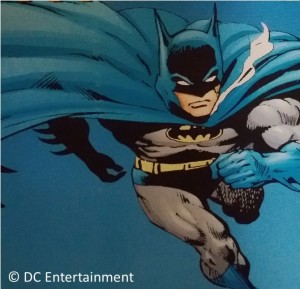 $40 for Artist Conversation, Artwork and Videos @ 7:30 with Drinks for Sale

Please note: Due to damage from Hurricane Irene, this facility is not ADA Accessible.

GARNER will honor the career of esteemed comic book writer/editor and Rockland County resident, Denny O’Neil. Mr. O’Neil, known as the Dean of American Comics and the visionary behind Batman for more than 40 years, will receive GARNER’s first Lifetime Achievement Award, timed with the release of the new Batman v. Superman film (March 25th, 2016). In exploration of an extraordinary career, Mr. O’Neil will participate in a conversation with Michael Uslan, the Originator of the Batman movie franchise. Mr. Uslan is also Executive Producer of: Batman v. Superman: Dawn of Justice; Batman; Batman Returns; Batman: Mask of the Phantasm; Batman Begins; The Dark Knight; and The Dark Knight Rises. The conversation will be moderated by Paul Levitz, former President & Publisher, DC Comics. O’Neil has worked as an editor/writer for DC Comics and Marvel Comics and as a writer at Charlton Comics. He has written for: Batman, Superman, Green Arrow, The Shadow and many more. O’Neil has written several novels, articles, short stories, reviews and teleplays, including the novelizations of the films Batman Begins and The Dark Knight. O’Neil has been honored with the 2014 Hall of Fame Award at Comicon and the Dye Works space will be filled with posters, artwork and videos from O’Neil’s extensive career.

Paul Levitz is a comic fan (The Comic Reader), editor (Batman), writer (Legion of Super-Heroes, executive (30 years at DC, ending as President & Publisher), historian (Will Eisner: Champion of the Graphic Novel, Abrams ComicArts, 2015) and educator (including the American Graphic Novel at Columbia). He won two consecutive annual Comic Art Fan Awards for Best Fanzine, received Comic-con International’s Inkpot Award, the prestigious Bob Clampett Humanitarian Award, the Comics Industry Appreciation Award from ComicsPro and the Dick Giordano Humanitarian Award from the Hero Initiative. His 75 Years of DC Comics won the Eisner Award, the Eagle Award and Munich’s Peng Pris, and has been released as three separate volumes in 2013-5. His over 400 comics have been collected in over 20 graphic novels, and he is the first writer to have appeared on the New York Times Graphic Books Bestseller List for both fiction and non-fiction. Levitz also serves on the board of the Comic Book Legal Defense Fund, and Boom! Studios.