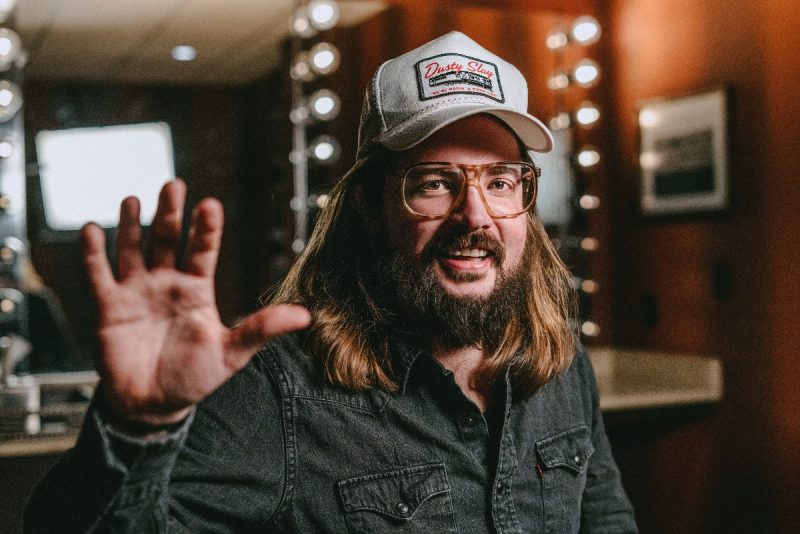 You can take the boy out of the trailer park, but you can’t take the trailer park out of the boy… Stand-up comedian Dusty Slay grew up on Lot 8 of a mobile home neighborhood in Opelika, Alabama, and his observational comedy and eternally optimistic outlook is peppered with ironies: growing up poor, a love for both hard-core country and classic rock, a career history peppered with jobs like waiting tables and selling pesticides, and what counts as fashion-forward thinking in his world. The trucker hat, long hair and mustache, flannel shirt and oversized glasses aren’t affectations to cultivate a stage persona as the B-side of a 1970-something Bob Seger single—it’s just Slay.  “There’s still a lot of jokes to come. I looked at everything as experience,” he says. “Let’s not get mad about it, let’s enjoy it.”

Just this year, at age 36, Slay became the youngest comedian to ever perform at the legendary Grand Ole Opry Stage in his adopted hometown of Nashville. He’s notched ten appearances in front of “my people” at the Holy Land of country music in less than six months and has also been tapped to host CMA Festival’s Forever Country Stage in June to keep fans laughing between appearances by the biggest stars in country music.

The breakout comedian was just announced as 1 of 6 comedians to receive a Netflix ½ hour special which will shoot later this summer and is set to come out late 2021. His Comedy Central Stand-Up Featuring premiered in May 2019, and he made his second appearance on The Tonight Show with Jimmy Fallon that summer. Dusty also appeared at Comedy Central’s Clusterfest 2019 in San Francisco, all continuing the momentum from previous sets on Jimmy Kimmel Live, Last Comic Standing, and Laughs on Fox; regular stints on The Bob & Tom Radio Show; and a host of live appearances across the country.  Visit: https://www.dustyslay.com/  Watch: https://youtu.be/o5j4Y5pcbr0