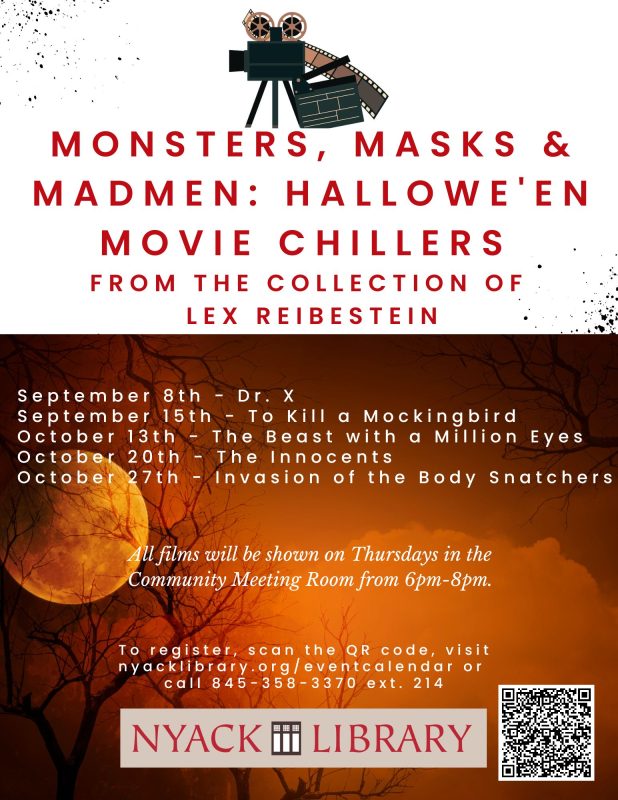 Visit our event calendar to register and for info on events in the series:

9/8- Dr. X (1932) A reporter investigates a series of cannibalistic murders at a medical college.

10/13- The Beast with a Million Eyes (1955) A dysfunctional family operating an isolated date farm in the California desert is threatened by the arrival of an extra-terrestrial.

10/20- The Innocents (1961) Based on the Henry James story “The Turn of the Screw,” a psychological thriller about a woman who takes a governess job for two orphans in a Victorian home. She begins to see what she believes are ghosts and suspects the children’s bizarre behavior is the result of supernatural powers.

10/27- Invasion of the Body Snatchers (1956) A doctor comes to a hospital on a late night call to hear a man whom everybody else deems insane. The doctor persuades the man to be patient and tell his story.