Helen Hayes on Film: When the First Lady of Broadway Conquered Hollywood 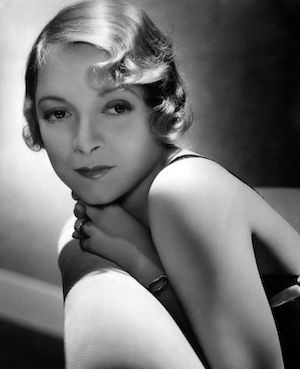 HELEN HAYES ON FILM: WHEN THE FIRST LADY OF BROADWAY CONQUERED HOLLYWOOD

An evening of film clips and discussion presented by film historian John DiLeo.

In a movie career bookended by Academy Awards—Best Actress for The Sin of Madelon Claudet (1931), Best Supporting Actress for Airport (1970)—stage legend Helen Hayes forged a unique path on the screen.  She was a queen of MGM in the early 1930s and a romantic costar of both Gary Cooper and Clark Gable. Though she returned to Broadway, Hayes would occasionally be enticed back to the movies, most notably opposite Ingrid Bergman in Anastasia (1956).  DiLeo charts her natural affinity for film acting and her progression from young leading lady to senior character actress. Aided by film clips spanning more than four decades, this is a cinematic celebration of the singular artistry and enduring legacy of Helen Hayes.

About our presenter, John DiLeo:
John DiLeo is the author of seven books about classic movies:  And You Thought You Knew Classic Movies, 100 Great Film Performances You Should Remember—But Probably Don’t, Screen Savers: 40 Remarkable Movies Awaiting Rediscovery, Tennessee Williams and Company: His Essential Screen Actors, Screen Savers II: My Grab Bag of Classic Movies, Ten Movies at a Time: A 350-Film Journey Through Hollywood and America 1930-1970, and his latest, There Are No Small Parts: 100 Outstanding Film Performances with Screen Time of 10 Minutes or Less.  He has been an annual participant in the Black Bear Film Festival (Milford, PA), conducting onstage interviews with Farley Granger (2005), Arlene Dahl (2006), Marge Champion (2010), Keir Dullea (2013), Jane Powell (2015), Rex Reed (2016), Tab Hunter (2017), Lorna Luft (2018), and Jane Alexander (2018).  He’s on Instagram (john.dileo.12), Twitter (@JOHNDiLEO), and his website is johndileo.com.

Helen Hayes on Film: When the First Lady of Broadway Conquered Hollywood is presented by Rivertown Film as part of Celebrating Helen Hayes and Charles MacArthur.

Celebrating Helen Hayes and Charles MacArthur honors two of Nyack’s legends of theater and film. It includes the designation of their Nyack home as a Literary Landmark, and a presentation of Joyce Bulifant: Honoring Helen Hayes With Love, a live performance presented by ArtsRock on October 8.

The Phoenix Festival celebrates arts and culture from September 16 through October 16, 2022.

HELEN HAYES ON FILM: When the First Lady of Broadway Conquered Hollywood is sponsored by Wright Bros. Realty.