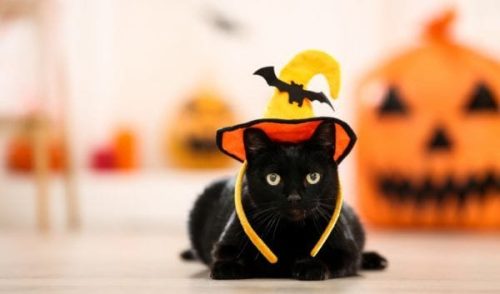 New this year to the Nyack Halloween Parade – our first-ever Pet Costume Contest – dress your pets in their most daring or darling costumes and enter them to win great prizes!

Since we don’t want our scaly, furry, or feathered friends to get spooked by the parade crowd, the Pet Costume Contest will be held as a separate pre-parade event from the traditional costume and float categories.
Judging for pets begins at 12pm in Nyack Memorial Park, and awards will be distributed at 1pm.
If you and your pet would like to participate in the parade itself, please return to Memorial Park between 3pm-5pm to prepare for the parade step-off at 5:30pm.
Please pre-register at nyackchamber.org by October 28 at midnight.