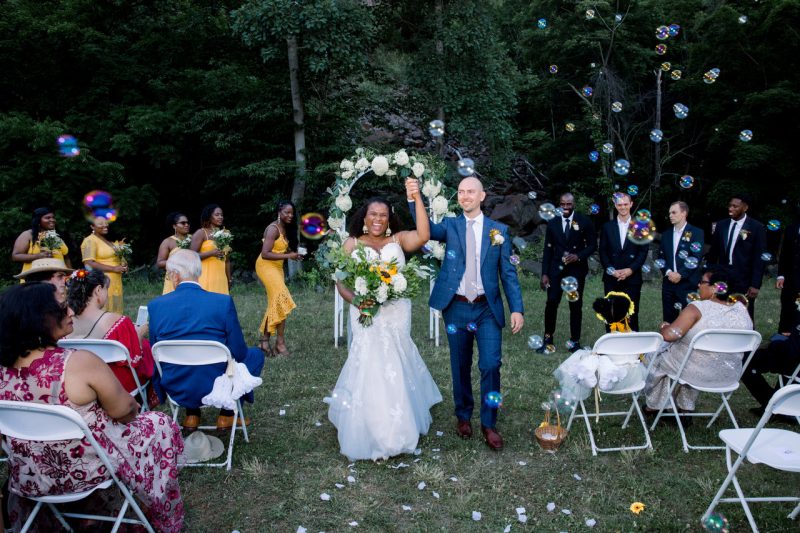 Fully reflecting their deep love of family and the great outdoors, Naudia and Nathan chose Nyack Beach State Park for their summer wedding. The couple and their 130 guests gathered on the “Upper Plateau” – a broad field that sits near the base of Hook Mountain. It’s flanked by dramatic cliffs and provides a unique and magical perch above the Hudson River. Though only 25 miles from New York City, it feels very, very far away. Nathan had grown up nearby, but it wasn’t until they moved into their house in Central Nyack from Brooklyn last year that they decided this was the perfect spot for them to celebrate. 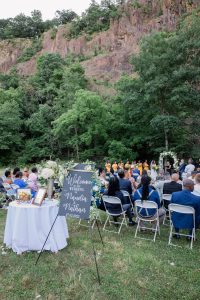 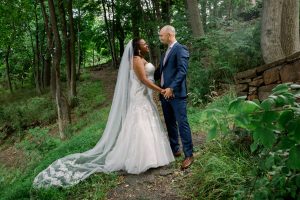 “Our wedding was like a love letter to ourselves in a way – we wanted to be sure that things that make us “us” were integrated.” This meant finding a place where everyone could simply relax and be surrounded by nature. Guests took home little succulents and hot sauce the couple made, a nod to their passion for gardening, full-flavor foods and Naudia’s work as a Dietician. Lush hydrangeas and other florals were grown locally and arranged into the arch, bouquets, and centerpieces by Cottage Creek Gardens (which also happens to be owned by Nathan’s dad and stepmom).

And even a ride on their beloved – and fully tricked out – E-bikes got a special moment in the ceremony! 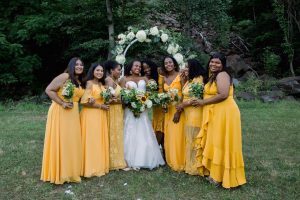 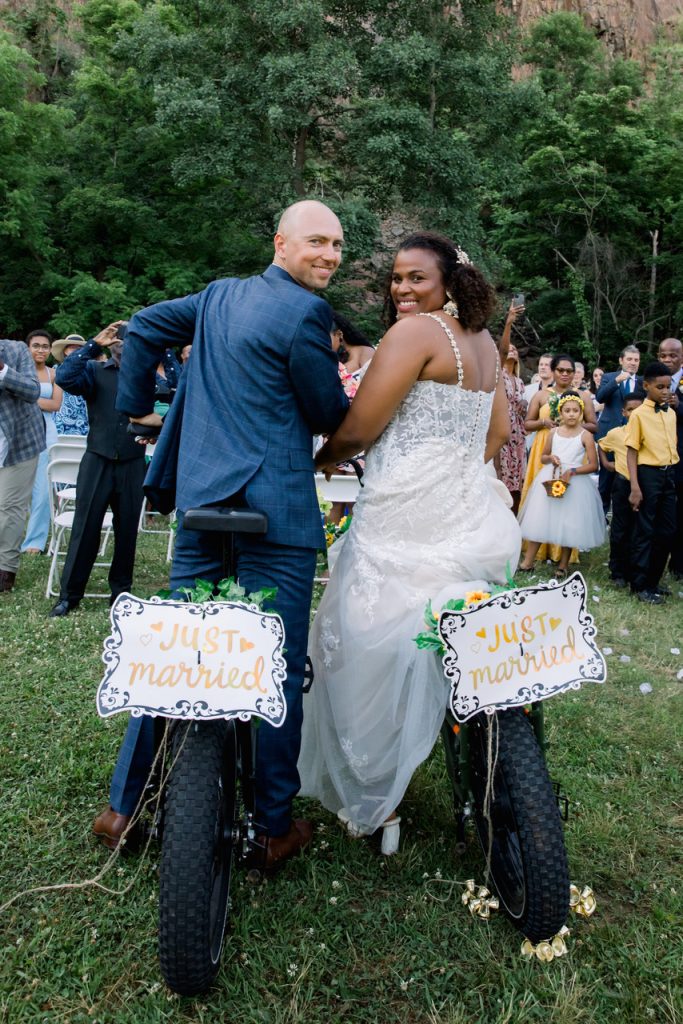 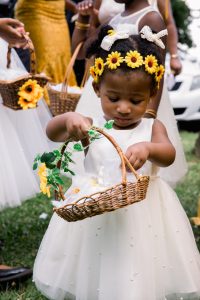 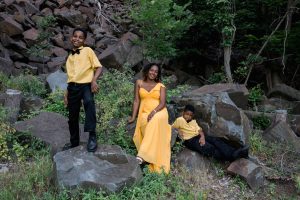 Naudia grew up on Wakenaam Island off the coast of Guyana in South America. It’s the kind of place that gives you plenty of skills in the DIY department. “My island is a little like Amish country. Everything we needed, we made it or did it ourselves,” explains Naudia.

Following her family’s traditions, the parents of the bride prepare the feast for the guests. The week before the event, her parents and four sisters went into overdrive. They prepared traditional Indian-inspired Guyanese dishes in the couple’s home (while they were sent off to the Hotel Nyack). Thankfully, Naudia’s mom has catered a number of weddings before, including for Naudia’s sisters. Together they crafted everything with love and set it all up under their tent – before getting ready themselves for the ceremony. 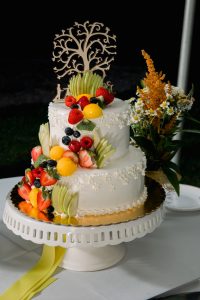 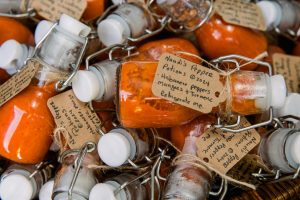 The couple was also very intentional about choosing local vendors. For their photographers, they worked with Kellie Walsh and Rupert Rogers of 4eyesphotography, who are part of the Nyack Wedding Collective (a group they found @NyackWeddings on Instagram). “They were really flexible and able to roll with the weather and shift their schedules and approach for our first look and couple photos.” These included shots taken along woodland paths and down at the beach.

Their Officiant was Kathy Gnazzo, a local actor with Elmwood Playhouse and friend of the family.

Though the bride’s sister prepared a traditional Guyanese Black Cake, they also worked together with local Patisserie Didier Dumas to create a passionfruit cake with a tumble of fruit.

The tent/chairs/linens came from Rockland County Party Rentals from Nanuet, who set up everything early on Saturday and carted it away on Sunday.

For her lovely look, Naudia sourced her wedding dress from Le Sel Bridal and got a mani-pedi at Rose Nail Salon. The couple’s rings were purchased with the help of Maria at Mamari Jewelers in Nanuet. 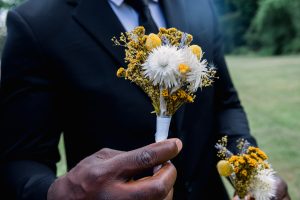 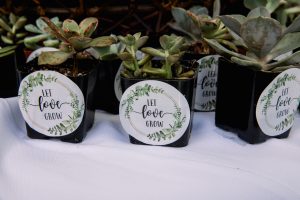 The night before the ceremony, the couple kicked things off with a welcome dinner for 30 in a private space at the Nyack Grill & Bar. According to Naudia, “The food was really delicious and staff so kind. We laughed and danced a lot! It really helped set the tone for the weekend.”

For the day after, they had initially planned on having a family picnic, play cricket, and go for a swim in Lake Welch (Harriman State Park). But because of an algae bloom in the lake, they decided to move the gathering to their backyard.

The couple spent their wedding weekend at Hotel Nyack, but then headed to the nearby Lake Sebago Cabins. “We were in nature. Done!” Part 2 of the honeymoon took them to Guyana, which included another family wedding. 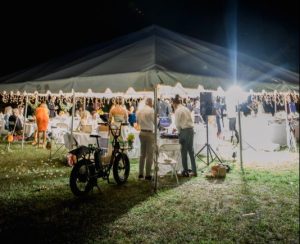 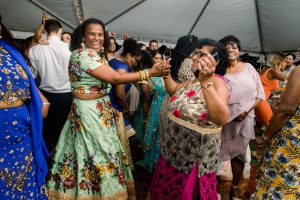