Take a turn on the Korean War Memorial Highway and make your way east, past the newly opened Nanuet Shops. Past the towering stone horse statues and the shivering sweatshirt clad men jogging towards the gym situated at its peak. Drive further and see the bright red letters of the Palisades mall grow smaller and smaller in your car’s rear view mirror. Eventually as you get closer to and then further again to the roar of the NY Thruway you’ll find yourself in a part of Rockland County no longer decorated with franchises or the typical strip malls that dominate the landscape of any suburb north of the city.

No, this 1.6 square mile village, consisting of artsy cafes, restaurants featuring live music, thrift shops, and other interesting fare is home to a lot of history. Once settled by Native Americans who benefited from the waters as a potent fishing spot, it was sold to Harman Douwenszen who had lived on it for 12 years before petitioning the governor to purchase the hilly area. The Natives called it NAY-ACK which appeared to stick. The land was then owned by the Tallman’s and passed to others until it became a village in New York state. 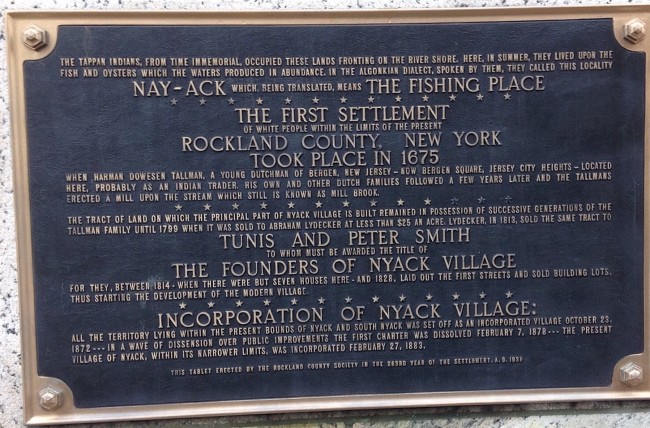 Throughout the next couple hundred years it flourished as a commercial center of Rockland County. A busy shipbuilding center during both world wars, a shoe manufacturer in the 19th century, it’s now a quaint village with great small businesses located on the Hudson, off the Thruway, 10 minutes east of the Palisades Center mall. 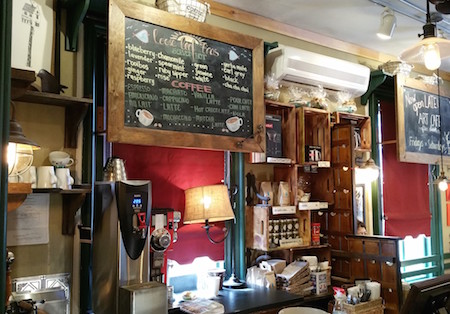 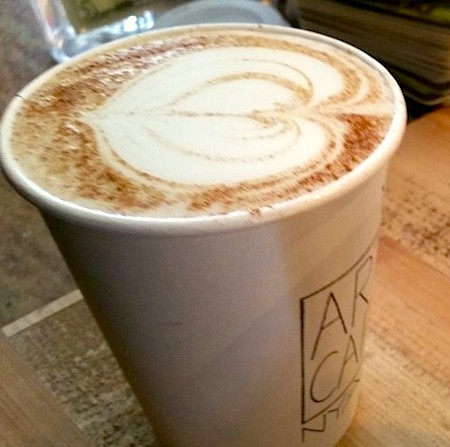 The baristas take time customizing your order as you like and the showmanship speaks for itself.

This was the highlight of the meal: an Israeli malawach; hot and flaky 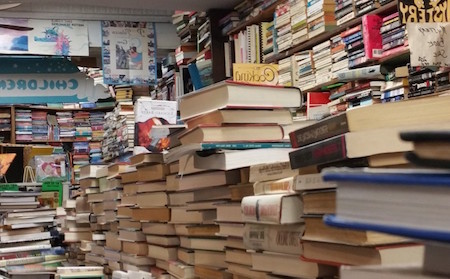 on the outside with a soft warm center filled to the brim with eggs and cheese. I used the spicy tomato sauce that came with it which gave it the tangy kick it needed to take it to the next level.

After a filling breakfast I head out to explore the shops around and had to stop into the Pickwick Book Shop. Opening the doors and seeing the heaps of dusty books, manuscripts, and papers overwhelm your senses is almost worth the trip itself. This place looks like it belongs in the East Village…if not from in a Harry Potter novel! I walked out of here with my first Ernest Hemingway purchase…The Old Man and the Sea. 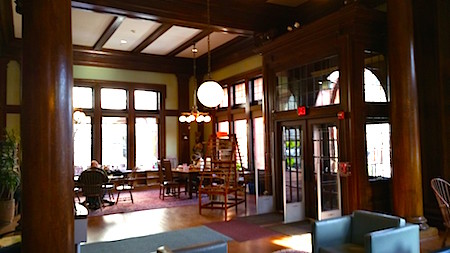 Finally the Nyack Public Library was my last stop and it did not disappoint. Already designed with a rustic charm on its exterior, walking inside reminded me of the days I actually used the public library [elementary school]. Definitely a different feel than the giant university libraries I’ve grown accustomed to, and a welcomed walk down memory lane. I can’t wait to stop in here for a relaxing read on the afternoons in the upcoming months.

Osman Bhatty is a lifelong Rockland native and recent medical school graduate. He enjoys reading, history, and writing regularly on his blog DreamerDocMD.com.